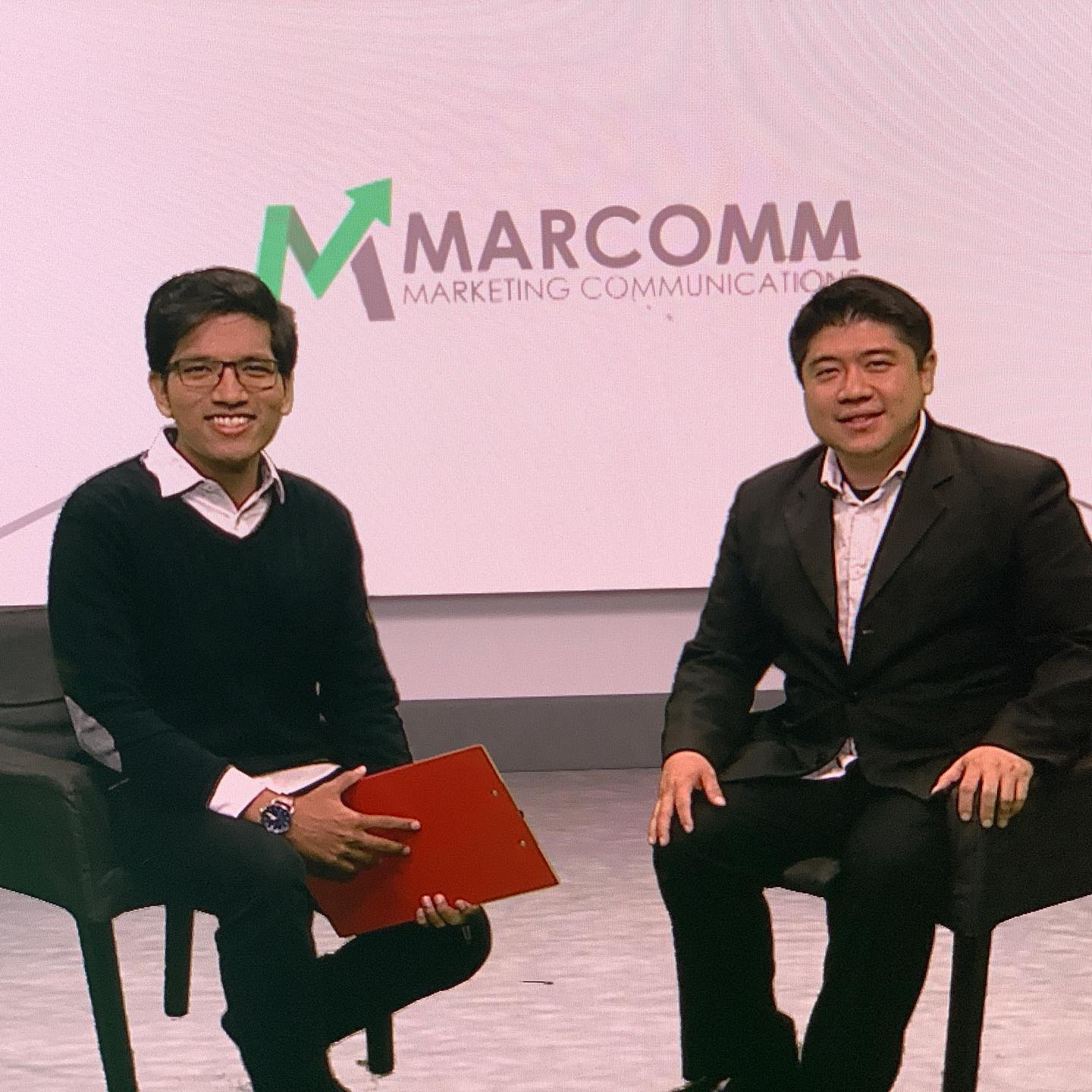 Recently, our very own founder and chief strategist, Mr Christopher Tock was invited to BERNAMA HQ to share his thoughts on effective social media through the means of marketing and communications.

The show was wide-ranging and revolved around a vast array of topics – initially starting off with the current gaps that are noticeable in the social media industry.

So what can be improved?

Our boss reveals that the lack of investments is the main issue, especially when compared to how much money is being funnelled towards traditional media. This can be countered however, simply by implementing integrated traditional and digital marketing programmes!

With the advancement of technology also comes the birth of new trends and nano-influencers, who could basically be any one of us! 😲 Imagine that.

These could very well be exciting platforms that can be taken advantage of, if and when needed.  And speaking of emerging trends….

A new and hip guy came along, whom the world now refers to as ESPORTS. And it was love at first sight for us 🥰

Why, you may ask, did our company decide to venture into this sector?

There’s no question that esports is an ever-growing industry. Competitors and even winners are popping up all over the country. Regular people you see everyday are beginning to make a name for themselves, which contributes to a change of perspective and rise in exposure.

Through our new and burgeoning partnership with Tier 1, we are gaining valuable expertise in talent management and digital marketing – all through esports! This would undoubtedly stand us in good stead with our projects, as it’s an effective marketing tool to reach out towards consumers. Digital agencies all over certainly need to be educated about this industry if they ever decide to reap these rewards. The big-spending that they’re committing to this will need to be warranted, after all!

However, this isn’t the only emerging sector, as Christopher Tock points out. The country is thriving with startups – a hotbed for technological ideas! Brands can take advantage by capitalizing on collaborations, i.e. co-branding: catapulting businesses to grow bigger than ever. Not to mention the digitalisation of tools, a phenomenon that will be here to stay. 📈

Moving on to one of Social Grooves specializations, crisis management! But for real, why do we actually “thrive” in this sector? 🤔

It’s simple. Companies don’t spend much of their time and effort building good strategies when crafting their announcements. It’s an overlooked aspect, when it could actually be an opportunity to change the mindset of stakeholders. If implemented correctly, a crisis can be turned from a negative into a positive!

With crisis management also comes a phenomenon called fake news. Believe it or not, it’s usually initiated by competitors! Fake accounts can easily be generated in minutes, and anything under the sun can be said. Of course, none of it doesn’t necessarily need to be the truth!

So how do we deal with crises? There is always a template, consisting of three main steps. We’ll break it down for you:

Good communication is after all, the bridge between confusion and clarity. But let’s move on to something bigger. How does Christopher Tock rate the communications conveyed by our government?

Well, there is definite room for improvement. Previously, communications were generated through activism marketing. It was effective then, but now the time has passed. Now, it’s all about inspiring POSITIVITY.

Yes, the government can drive up engagement through positivity! 🗣️

The government actually has the capability to empower the public and relevant stakeholders to be their spokesperson. If you notice nowadays, media articles that are being shared tend to be skewed towards the negative spectrum. Naturally, the public are also drawn towards stories that are hateful and controversial. What do we do to solve this?

The facts have to be presented in a different way. Trends are the perfect instrument to stay with the times! This way information can be consumed better and clicks and shares will automatically rise. What’s more, the content will stay in the public’s minds longer, especially when compared to the conventional way of how facts are presented.

How do you know you’ve done well?

One way is when your content goes viral. Just like one of our successful campaigns with Malaysia Airports! Social Grooves embarked on a successful collaboration with KendyLife to educate the public on toilet etiquette. The campaign took off and proved to be a massive hit among the people! So much so that the campaign was eventually being covered by big names like Mashable and SGAG 💯

When it comes to virality, there’s no formula, as Christopher Tock points out. To us, being bold is important – along with being relevant to the market. As it was with our collaboration with Kendylife, the message was crystal clear. Toilet cleanliness can go both ways, and the responsibility doesn’t just lie on the toilet staff! But how do we deliver a message that could be considered scornful and insulting?

The message was presented in a comical, and purposefully relatable manner. What’s great is this was something everyone was capable of understanding, regardless of race, religion or stature!

Besides being awesome content creators ourselves, our company also has a firm belief in education and the importance of Bahasa Malaysia as an “equalizer”. Unfortunately, perceptions change when “bahasa kasar” is read, at times even completely ignored. This could be down to education, as Bahasa Malaysia isn’t quite recognized as the pride of our nation.

Take for example, the Korean language. It’s revered all over due to the hugely popular musical genre, K-pop. Why not we do something similar for our language, on a global scale? Malaysia has its own popular brands and franchises already doing this, with the likes of EJEN ALI and UPIN & IPIN. There is a window to be explored here, guys!

Companies need to look at Bahasa Malaysia content as a more intellectual, sophisticated and even respectful manner, so that our society can be uplifted.

With all things said and done, there’s still a whole lot more to look forward to in 2020.

Namely, esports, digitalisation, marketing automation and KOLs. We at Social Grooves are more than ready to tackle them in the upcoming months, all in the name of providing better services for you.