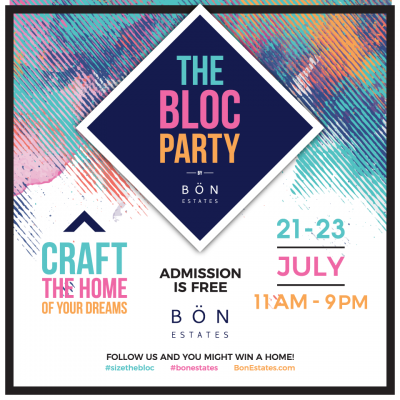 #SizeTheBloc, was a simple yet elegant funnel, designed to promote “The Bloc Party” – an event that was to be held at APW Bangsar. The intentions were to:
Generate public awareness &amp; interest in a one-off, standalone event.
Collect valuable data from attendees.
#SizeTheBloc was announced as a companion personality quiz &amp; contest to The Bloc Party that gave participants a chance to win “The Home of their Dreams”.

<strong>Challenges</strong>
These were the challenges #SizeTheBloc faced :
1. Event awareness was deemed too costly, and not foolproof.
2. We needed to attract a younger audience, and turn surveys (something everyone considers dull &amp; tedious) into something intriguing, fascinating.

<strong>Strategy &amp; Execution</strong>
To bridge the gap, we needed to “appeal” to the target market. Viral awareness method was applied.
1. The content &amp; message was spread by word of mouth – creating buzz in an organic way, and spread through natural channels.
2. A lead generation application was developed, based off the popular personality quiz : “Find The Home of Your Dreams”

<strong>Results</strong>
All in all, there was a 65% increase in Facebook likes at the end of the campaign. The e-mails that were sent out boasted a high email open rate of 56%, again demonstrating the level of interest by the participants. The popularity of the quiz managed to garner a very high level of organic awareness for Bon Estates!