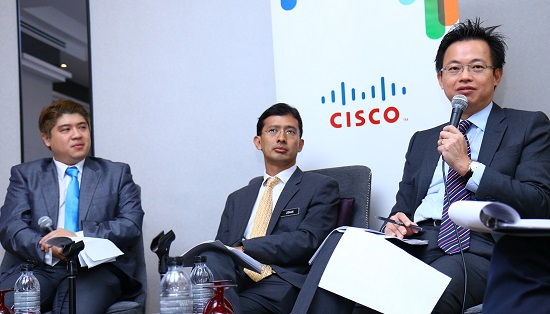 Our Founder Christopher Tock was recently interviewed and quoted along side TalentCorp CEO Johan Mahmood Merican and Cisco Malaysia country manager Albert Chai in an interview that challenges companies to build authentic employer branding in order to derive and sustain super talents of today.

KUALA LUMPUR, July 1 — Although companies say retaining and attracting talents is their biggest challenge, most of them are unwilling to change to tackle this issue, according to Talent Corporation Malaysia Bhd (TalentCorp) chief executive officer Johan Mahmood Merican.

“There seems to be a disconnect because the same companies which say that talent is the most important, tend to be still focusing on their customers and markets.

“We all know that companies, when it comes to changes in consumer demand, will respond very quickly. They are also very good at segmenting the market.

“So how many companies actually segment their employees?” he said at a recent media briefing on the Malaysia findings of the Cisco Connected World Technology Report for 2015.

In the report, it was revealed that 43% of Generation Y (Gen Y) Malaysians said they would rather lose their sense of smell than to lose their Internet access.

The survey, which sampled 250 Malaysians, also found that 58% of Gen Y Malaysians (those born between the early 1980s and the early 2000s) would give up sex for a month, rather than their smartphones.

TalentCorp was established in 2011 under the Prime Minister’s Department to address the ‘brain drain’ problem by working on talent-availability and development initiatives.

Flexi is the new sexy

More than half of Gen X (those born between the early 1960s and the early 1980s) and Gen Y Malaysians said they would take a pay-cut for greater workplace flexibility, much higher than the global average of 26-29%.

Also, 65% of Gen X employees prefer to have the flexibility to work at any time and from any location, instead of being confined to the office at certain prescribed times.

Gen X and Gen Y Malaysians said that saving time spent commuting and preferring to work both at home and in the office depending on their schedule, as the top two reasons for working remotely.

“The report goes beyond highlighting the technological dependency and connectivity of Gen X and Gen Y, to showcasing how these new-generation employees are making their career decisions and shaping their work-life habits based on that dependency,” said Albert Chai, country manager for Cisco Systems in Malaysia.

“While these trends may cause challenges at the office by making company data and network security more vulnerable, they also present employers with new opportunities to ensure greater employee motivation, mobility … and ultimately, productivity,” he added.

The Cisco Connected World Technology Report highlighted the need for new approaches in deploying technology tools and solutions for the workplace.

TalentCorp’s Johan said that technology is the enabler to help companies to provide better flexibility to their employees without compromising on productivity.

However, he said this can only happen if employers start to change their mindsets.

“Today, with the pervasive technology and connectivity that we have, it is neither complicated nor costly to introduce some form of flexibility in working arrangements.

“The problem is to do with the mindset … I suspect it’s quite prevalent in Malaysia’s working environment where the boss expects to see subordinates sitting in the office when he arrives and still there when he leaves.

“But we know that the physical presence of someone in the office does not necessary translate into productivity,” Johan argued.

“So, it requires the shift of mindset to then manage outcomes based on deliverables rather than face time,” he added. Also at the media briefing was SocialGrooves founder Christopher Tock, who argued that such changes can only be effective if they come from the top.

“The leadership must believe and embrace social connectivity first, before everyone else in the organisation can adopt it.

“If adoption by leadership is not there, then there is no point introducing all sorts of technology,” he said.

Other findings from Cisco Connected World Technology Report include: